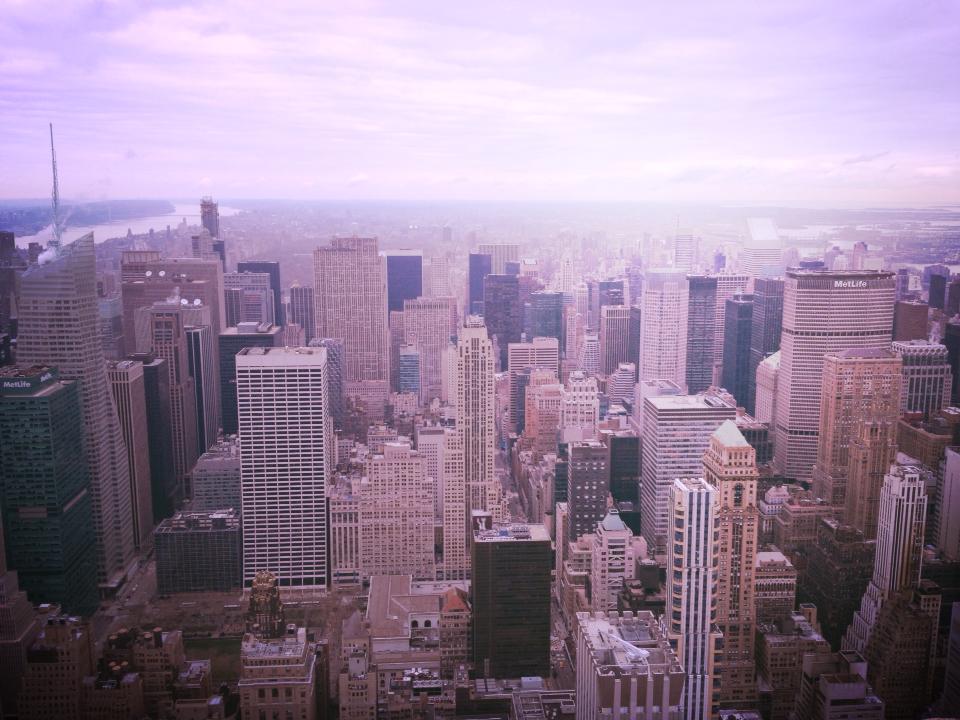 The 12th of April we flew to New York. NEW YORK! I love New York so much and I hoped  Kasper would like this city as much as I do. Because when he does, there will be a small chance we will move here one day – you know when we win the lottery or find a bag with a lot of money ;).

In New York we booked an apartment with Airbnb. It was a tiny apartment but on Times Square and not super expensive – which is quite an exception in this city. We had exactly three days to explore NYC and we started our first day – of course – visiting the Empire State Building. The view is fascinating and – secretly – I think I love this place so much because it reminds me of Chuck and Blair. Yes, this is the place where Chuck waits for Blair to say the three magic words – 10 point if you understand this.

Afterwards it was time for New York’s symbol. If you want to visit Liberty Island you have to take the ferry in Lower Manhattan. Unfortunately the statue was under construction so we couldn’t get off the boat. This didn’t mean it was less special. The Statue of Liberty close enough to touch, the sunshine on our face and a great spot on the Skyline of New York.. 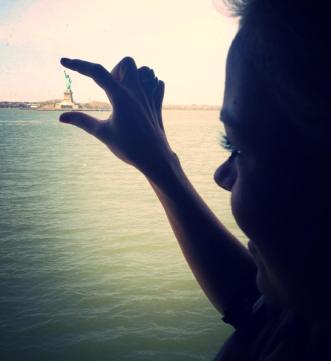 As soon as we got off the boat we walked through some shopping streets – we didn’t shop a lot, because my love doesn’t like shopping (at all) – and we ended the day at the M&M Store. At the end of the day we decided to relax a bit in the apartment and in the evening we went out for dinner in a real American restaurant: big portions, a lot of meat and huge beers. Yes, it was a good ending of our first day. 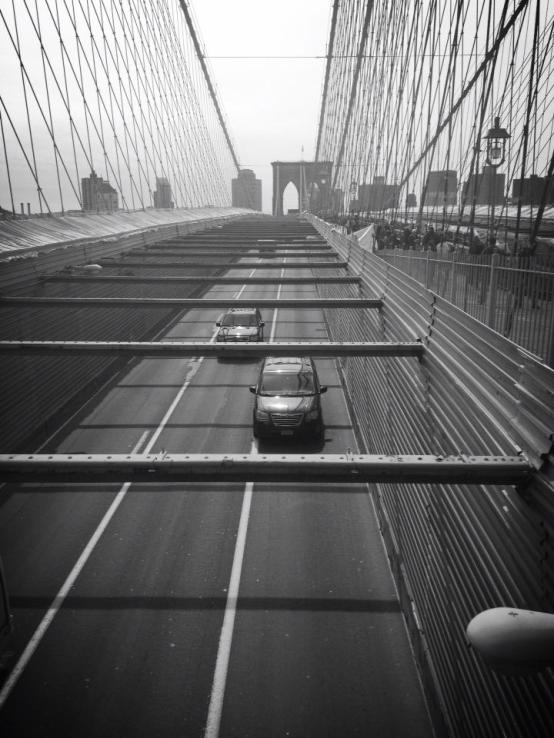 The second day we visited the Brooklyn Bridge. We decided to go for a walk because we both don’t like the public transport. For the ones who never visited New York City: this is quite a walk. What is more fun than walking through New York – and burn some calories in the meantime? Walking through SoHo made me realize I need to live here – maybe in another life, but one day I will live here.

After the Brooklyn Bridge we walked to Meatpacking District where we met a friend of Kas – this lucky bastard is living my dream and lives here. We met at The Standard and as soon as I walked in I realized this was the kind of place you expect in New York. When I decided to smoke a cigarette, the friend of Kas looked at me like I did something really bad. “That’s not done in New York”. If I really wanted to smoke I could walk to the end of the street where a smoking area was. Suddenly I didn’t want to smoke anymore – you would say this stupid trick of New Yorkers work, right?

As soon as we asked the waitress for another round – it would be my 4th glass of wine – you could see she thought we were stupid tourists. When I looked around me, I indeed saw all New Yorker’s were ‘nipping’ their wine or beer. Something we Dutchies don’t know. When we received our check we understood the ‘nipping’. We had a check of 200 dollars for just a couple of drinks. But we had fun. Allright it still is a shitload of money for a couple of drinks. Fun or not.

After this expensive liquid dinner, Kas and I decided to walk home over the High Lane. This is an old railway that hasn’t been used since 1930 so they decided to change it into a park. It is great: you walk over the busy streets of New York and through all the high buildings. And tadaaaa: you can find this High Lane in Meatpacking District. Just where we were! 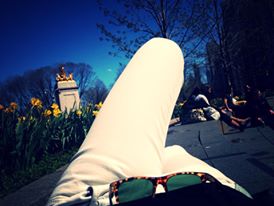 Day three was a relaxing day and it was exactly what I needed. When I woke up I had the feeling of running a marathon the day before and the liquid dinner wasn’t really helpful either. But the good news was: we were still in New York and the sun was shining! We decided to go to Central Park. We bought a coffee, there was a man playing guitar and I had a great spot in the sun. Does life get any better?

After walking through the Central park – very slowly, because my body still felt like I run this marathon – we bought a great lunch at the Whole Foods. We bought two very small – which is exceptional for the USA – boxes of Sushi. This Sushi was super tasty and it was the best Sushi we have eaten in a very long time.

All good things comes to an end – so was our trip. We had to leave the lovely sunshine to pack our stuff at the apartment and go back to the Netherlands.

New York, you were great & now I love you even more.